Wiegand: What Is It And How Does It Work With Access Control

Are you familiar with access controls? If yes, you might have probably heard the term “Wiegand Protocol''. Seems familiar? The Wiegand Protocol is a vital part of any access control system. It mostly refers to the technology used in card readers and sensors. The technology found in cards, fingerprint readers and data capturing devices, offers a wired communication interface which operates between a reader and a controller

In the 1970s, German engineer John R Wiegand discovered that wires made of cobalt, iron and vanadium alloy switch polarity when run through strong magnetic fields. Wiegand Protocol is also referred to as the Wiegand Interface. 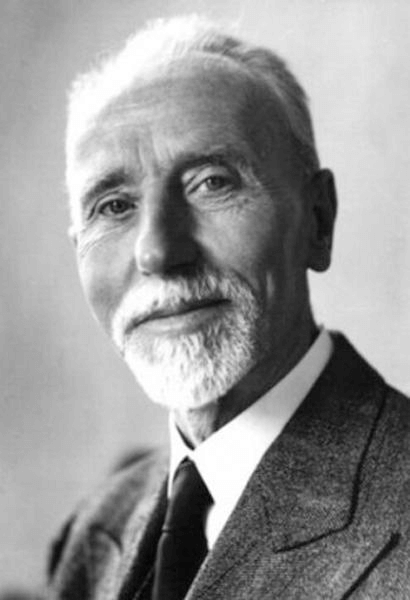 A Wiegand Protocol comprises of cards, readers and the Wiegand device.

The Wiegand card has a set of embedded wires to establish a wire communication. These devices follow the same functions as the bank cards. Although, the bank cards are known to use a band of ferromagnetic material instead of the wiring. The wiring in the Wiegand card adds on to the security as it makes the systems harder to duplicate.

In layman’s terms, you can say that Wiegand devices are cards that read any kind of data and operate on a special wire communication system. It is important to remember that these need to be used with a Wiegand sensor in order to work.

A Wiegand reader can also be called a sensor and it is used to pick up the information on a Wiegand device. The information that this device holds is:

There are a set of wires that contain this information and duplicating this information is incredibly difficult. The systems can be utilized when a Wiegand reader will pick up the information found on the device. This is known as the Wiegand effect.

It is important to note that the Wiegand effect takes place when a Wiegand device is placed in contact with the Wiegand reader. It further produces a non-linear magnetic effect with the help of the annealed wire. It is important to use a specific wire for Wiegand system to work as the communication is based on the wire only. Annealed wire is low in carbon Vicalloy. The wire is also a ferromagnetic alloy of iron, cobalt and vanadium. The Wiegand effect is taking place when you use an ID or access a control device to open the security door. The magnetic effect present between the reader and the wiring makes your device work.

A complete Wiegand system has both, the data as well as the reader. The key here is the specialized wired format of communication between the access control technology and the reader. You will also come across the term “26-bit Wiegand”, when dealing with these devices.

The proximity credentials and readers use 26-bit as the encoding here. This is the major protocol of the data found on your Wiegand device. 26-bit is also the industry standard format of opening encoding in regards to the access control systems.

The good part is that the data encoded using these formats offer a huge amount of unique card numbers and facility codes. It helps and adds on to the security of your data in the Wiegand System.

What is an HID Prox used for?

It is a card that is usually used in access control situations. HID Prox cards and simply HID cards are usually used with specialized readers. The cards need to be placed within close proximity of the readers as only then it will be possible to pick up the data and allow access.

The cards are known for using RFID embedded technology. This makes it easy and convenient for the users. Such cards are used for opening doors and even for public transport systems.

It is important to understand that HID cards work with radio frequencies or even special microprocessors for the reader.

There are a lot of devices in the market that use Wiegand technology. It can be overwhelming to choose a company. So, some of the Wiegand cards and systems that you can look for are:

This one comes in a compact proximity of 125 kHz (SPR501) and 13.56 MHz Mifare classic smart card reader (SC504). It offers security, authentication and access control to the entryway. It is an efficient reader and it provides a read range of 3 inches with the help of Wiegand interface.

The key feature of this card is that it has an ability to read 26-bit card numbers (SPR501) and 32-bit Mifare serial numbers (SC504). It also has an advanced key management system to keep the data safe. This also helps in limiting the duplication of the cards. It has a Wiegand output which easily interfaces with the existing protocol panels.

The card is compact and comes with a distinguishable design so that it can be placed anywhere. It further has a bicolor LED indication and Pigtail termination. It is user friendly and one of the best products in the market.

It comes packed in 125 kHz proximity and 13.56 MHz Mifare classic smart card readers. It is efficient in providing authentication, security and access control. This one can be used for your entryway. It also utilizes a Wiegand interface and offers a read range of 3 inches. This one is water resistant as well because it is housed in an IP55- rated enclosure.

The key feature of this product is the efficient management system as it reduces the risk of compromised data and duplicate cards. It is highly secured. It comes with an ability to read 26-bit card numbers and 32-bit Mifare serial numbers. It also has a Wiegand output that easily interfaces with existing Wiegand protocol access control panels.

The card is further distinguishable, compact and sleek. It is designed to fit anywhere. It is also available with fully integrated keypad and Bluetooth. The device offers a bicolor LED indication with pigtail termination.

Smart I’s Bioslim RID offers exceptional high quality aesthetics and security. It is equipped with the most reliable fingerprint matching system and algorithm. The device offers unraveled accuracy with the best verification results.

The key feature is the premium fingerprint reader with a sleek card system. There is a fingerprint optical sensor with around 19k different templates. It has an IP65 rated robust enclosure. The device is further CE certified as well.

The best part is that the card reader is compatible with all different types of cards. It is sleek and will fit anywhere. If you are looking for security, then this one surely tops the list.

These were some card systems with Wiegand protocol. You can choose one based on your requirements and needs.

What is the Wiegand Effect?

The Wiegand Effect is the behavior of the magnetic fields which comes from the specially designed wiring of the mentioned systems above. It is important to note that the Wiegand effect takes place when a Wiegand device is placed in contact with the Wiegand reader.

It further produces a non linear magnetic effect with the help of the annealed wire. It is important to use a specific wire for the Wiegand system to work as communication is based on the wire only. Annealed wire is low in carbon Vicalloy. The wire is also a ferromagnetic alloy of iron, cobalt and vanadium.

The Wiegand effect is taking place when you use an ID or access a control device to open the security door. The magnetic effect present between the reader and the wiring makes your device work.

This can be understood in detail by reading about the Wiegand Protocol.

How does the Wiegand Protocol work?

Wiegand Protocol is referred to as the Wiegand Interface. It is referred to as Wiegand because its creator was known as John R Wiegand. He was a German engineer who discovered that wires made of cobalt, iron and vanadium alloy switch polarity when run through strong magnetic fields. He made this discovery back in the 1970's. A sensor coil can pick up the change in a high voltage polarity pulse while translating it into data. Although, the sensor coil should be present in a stipulated range. He later named these two discoveries as Wiegand wires and Wiegand cards.

It is important to understand that the Wiegand card uses two short wires. These wires store the data magnetically in the card and they are known as Data0, Data low, Data high or Data1. When someone pulls the card through the reader, the wires will transmit high or low voltage signals as 1 and 0 respectively. This creates a binary data line for the authentication of the card’s credentials. However, there is a third wire present as well. This wire provides a common ground.

You must note that there are different variations of the Wiegand Protocol. Although, the original one is the most common and is found in most systems. The common one is the 26 bit Wiegand format or the 26-bit format. It is a common and open format which allows anyone to buy compatible cards and readers to program them with the help of the 26 bit framework. It is known for using one parity bit which is followed by 8 bits of facility code, 16 bits of ID code and one trailing parity bit. This makes up for the total of 26 bits.

The 26-bit system has been standard for a very long time and it is still relevant in many systems even today. Many new extensions to this system have been built as well.

Why is the Wiegand Protocol so popular?

The protocol was invented in the 70s but it caught a lot of attention in the 80s. The most amazing part is that it is still used today because of its easy and reliable features of the swipe cards and the access system controls that are using it.

The noteworthy thing is that Wiegand swipe cards are difficult to erase by magnetic fields. They are further durable as compared to the key cards as they do not have microchips. This is the major reason behind then being reliable and easy choices for equipping systems especially for swipe cards.

In addition, the Wiegand systems also make it possible to cater facilities and systems that have longer cable runs. The cable runs can be of 500 feet which is far more than similar wiring structures and systems of today.

You might not see Wiegand cards that frequently in today’s time because of the advanced technological credentials. Although, the wiring protocol still remains the same for most of the card scanners and biometric systems. It is important to note that virtually all the access control credentials convert credential signals to a binary Wiegand number for transmitting the controller. It is the same for a biometric fingerprint scanner as well as the standard swipe card reader.